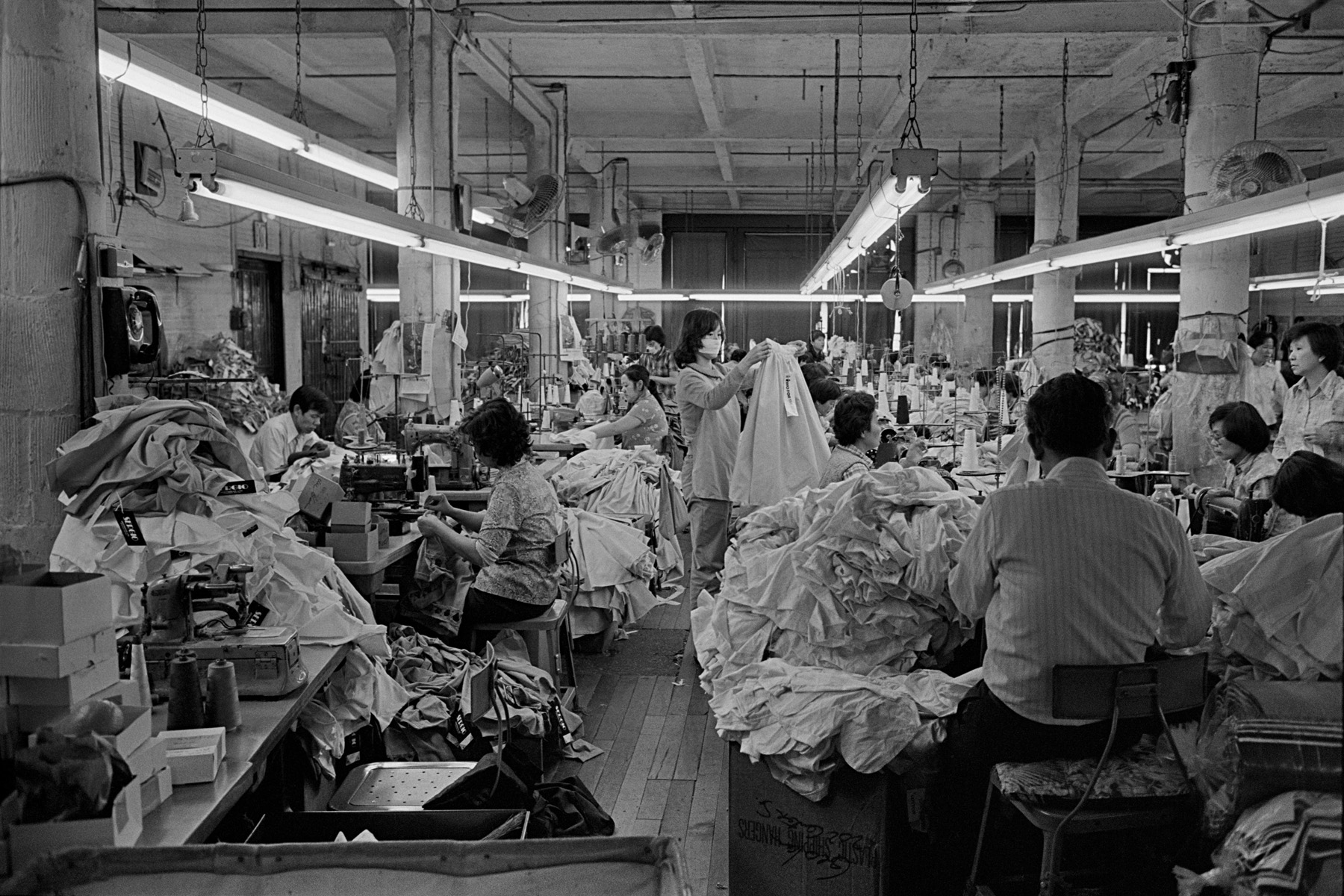 Geolan Sportswear was a garment factory, owned by Wong Hon Fung Lan (“Lan”) and her husband. I was invited to take pictures at the factory by Mo Xi Kuen (“Mo”) who I met at the 68 Bayard Street apartment, where Mo would often play mahjong after work. Geolan closed in the early 1990s after almost 25 years in business. “My husband passed away in 1987. I worked for four more years, but it was very difficult and my children were already older, so I sold the factory and that was it,” Lan says.

Lan immigrated from Hainan Island in southern China as a fourteen year-old. She originally trained as a typist but found she could only make $70 a week, whereas sewing paid up to $200 a week. Over 80% of the roughly 60 workers at Geolan were from Hainan, a place with its own distinct dialect, pointing to the strong social networks and regional loyalties at play in hiring within Chinatown’s garment factories. Lan pointed out that when she started looking for sewing work, a colleague told her, “If you’re asked where you’re from, don’t tell them you’re from Hainan Island, say you’re Toisanese so that you won’t get yelled at by the Toisanese ladies.”

Geolan took large orders of sewing work for fashion brands like Sahara before much of that work left Chinatown and was sent overseas. Lan described the working arrangement: “The fabric was already cut and we would receive everything in bulk – fabric, buttons, and zippers – including a sample from the company. We only had to buy thread. We would complete one piece for them to approve, and once it was OK’d we would start the job.” She described her business philosophy: “There’s no secret. If your workers treat you well and do a good job, then you should treat your workers well and fair. If you aren’t good to your own people well, then who will work for you?” One of Lan’s former employees interjects: “The most important thing is: pay your workers on time! With our boss, we never had to worry about that.” This uncommon bond between a garment factory boss and her employees extends even to today, 25 years after Geolan closed. Lan organizes a regular dim sum get together with her former employees.

At its peak in the 1980s, sociologist Margaret Chin estimates that there were 500 garment factories employing 20,000 workers. Chin theorizes that after passage of the 1965 Immigration Act many more women came to the U.S. seeking jobs, which helped the garment industry in Chinatown grow.