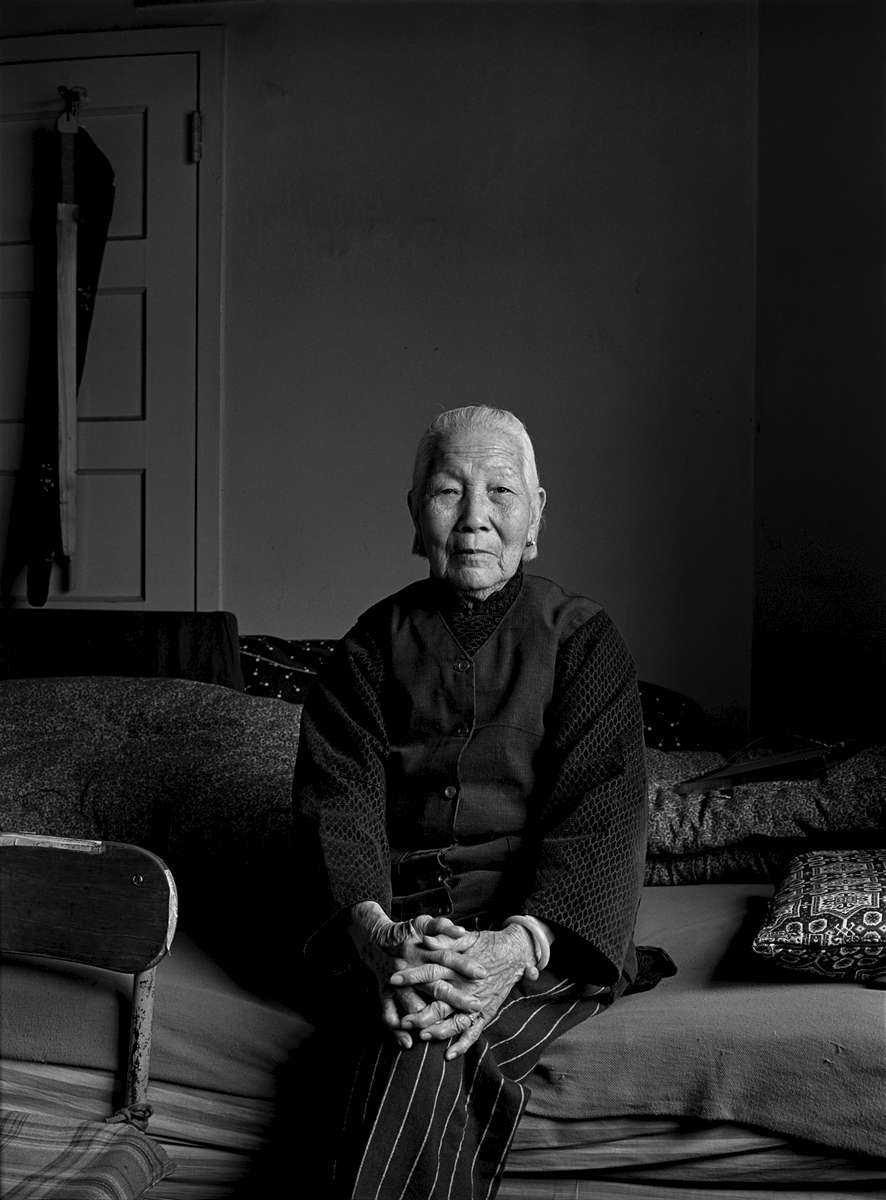 Mrs. Chiu, who I met at the Chinatown Senior Citizens’ Center (CSCC), had been separated from her husband for most of their marriage because of US immigration laws. Not too long after she immigrated, he died. She was living alone in an apartment on Pearl St. I took a couple photos of her at the Center and gave them to her, asked if I could photograph her at her home and she said yes. At her home she had an altar to her deceased husband which I also photographed. She had incorporated my previous photos of her into her husband’s altar. She was a strong, positive person.