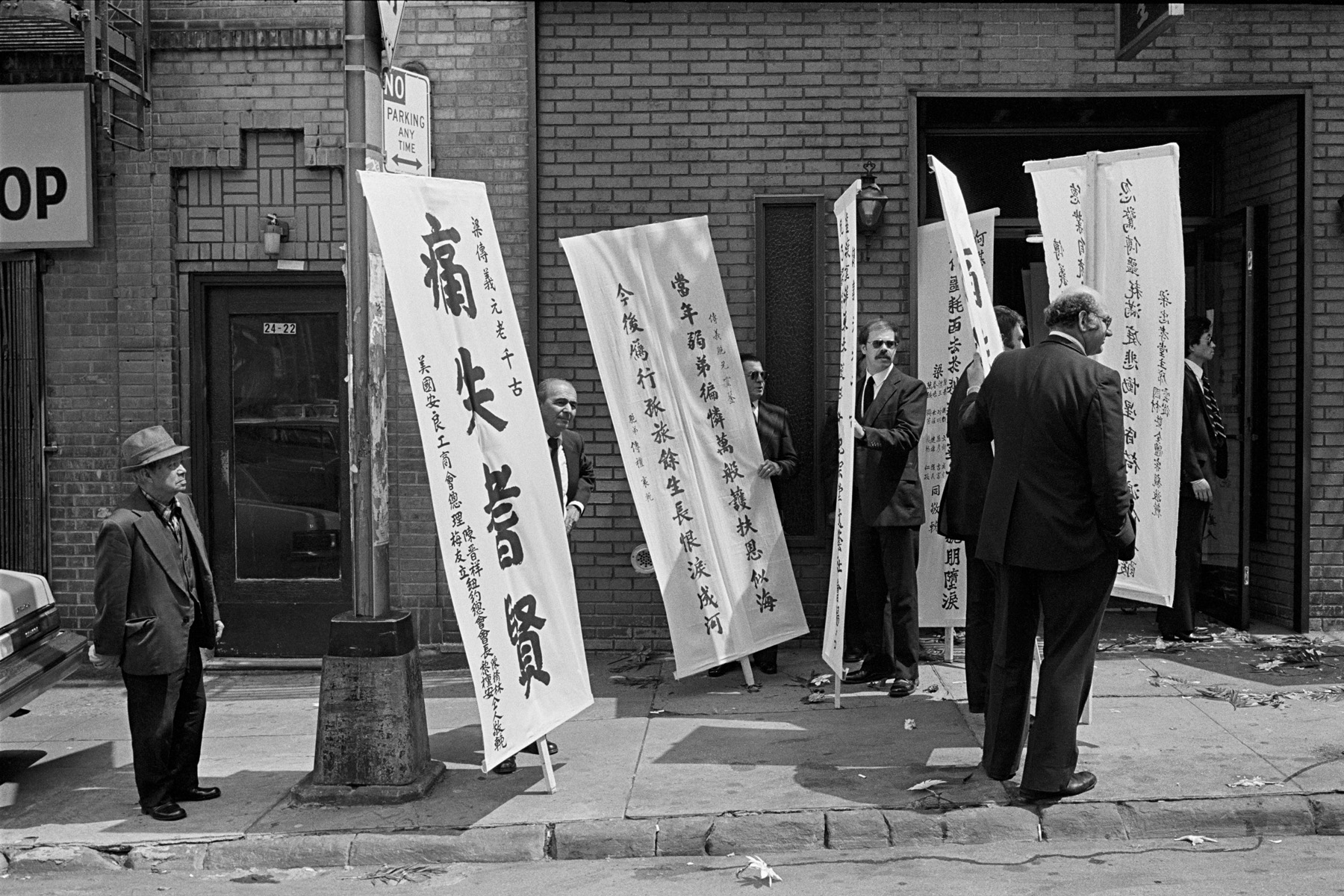 The part of Mulberry Street next to Columbus Park used to be home to funeral homes run by Italian Americans when Little Italy stretched south of Canal Street. After Chinese moved into the area and took over the funeral businesses, some of the Italian workers stayed on. This photograph shows a funeral with Chinese banners being held up by non-Chinese funeral home workers.