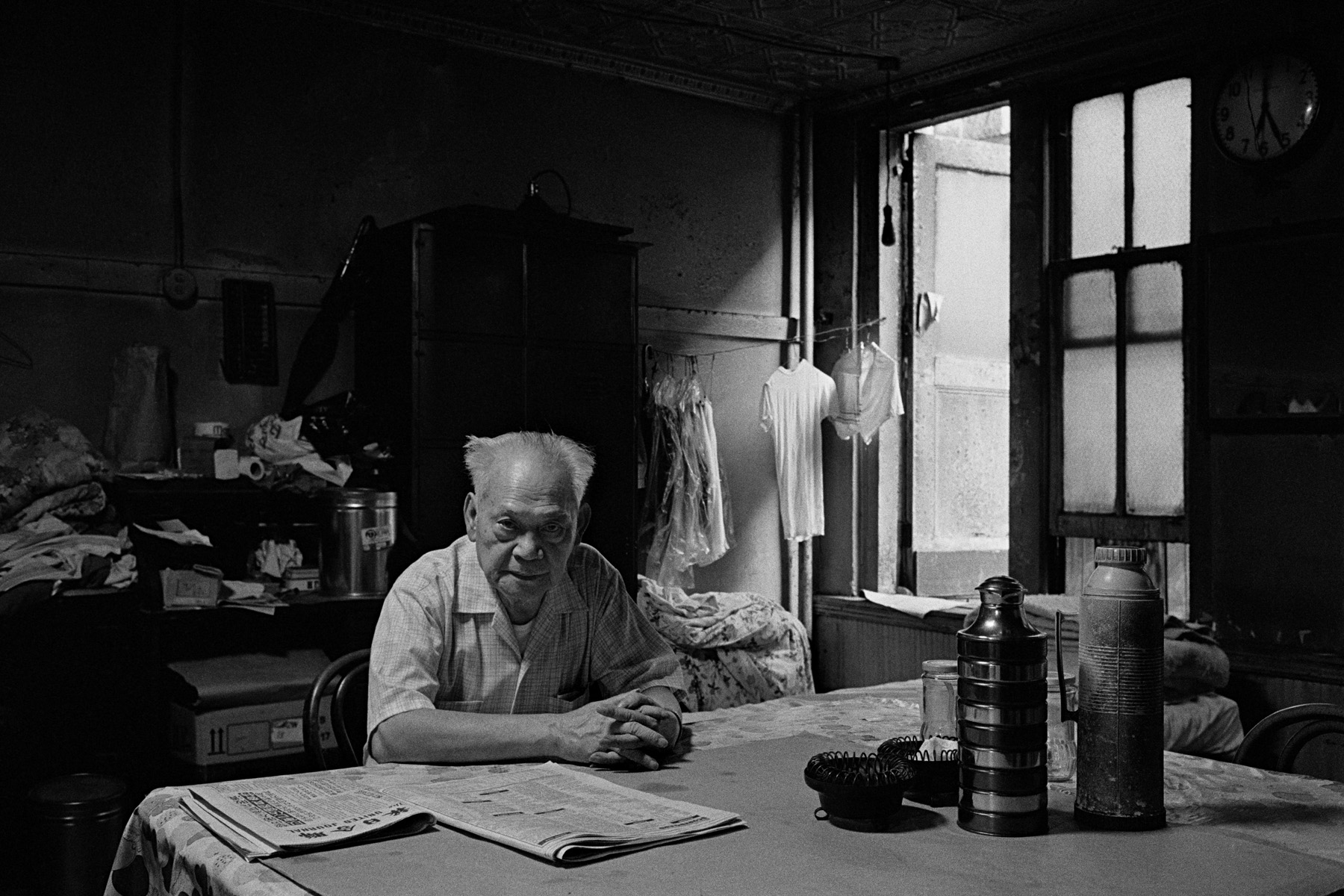 Bachelor Apartments, where groups of men lived together, were one result of racist, anti-Chinese immigration laws such as the Chinese Exclusion Act of 1882. I met Mr. Ng on a field trip, organized by the Chinatown Senior Citizens’ Center. He did not speak English but somehow, we arranged for me to photograph him where he lived. Four men lived in this apartment with very little privacy. In each corner of the room there was a bed, and around each bed were a person’s belongings.

The 1882 Chinese Exclusion Act, the first law to bar an entire race from entering America, also prevented those already in the U.S. from bringing their families over and made it illegal for Chinese men to marry outside their race. Thus, New York Chinatown (like all Chinatowns in the United States) was a predominately male society until after passage of the 1965 Immigration Act which did away with national origin quotas.