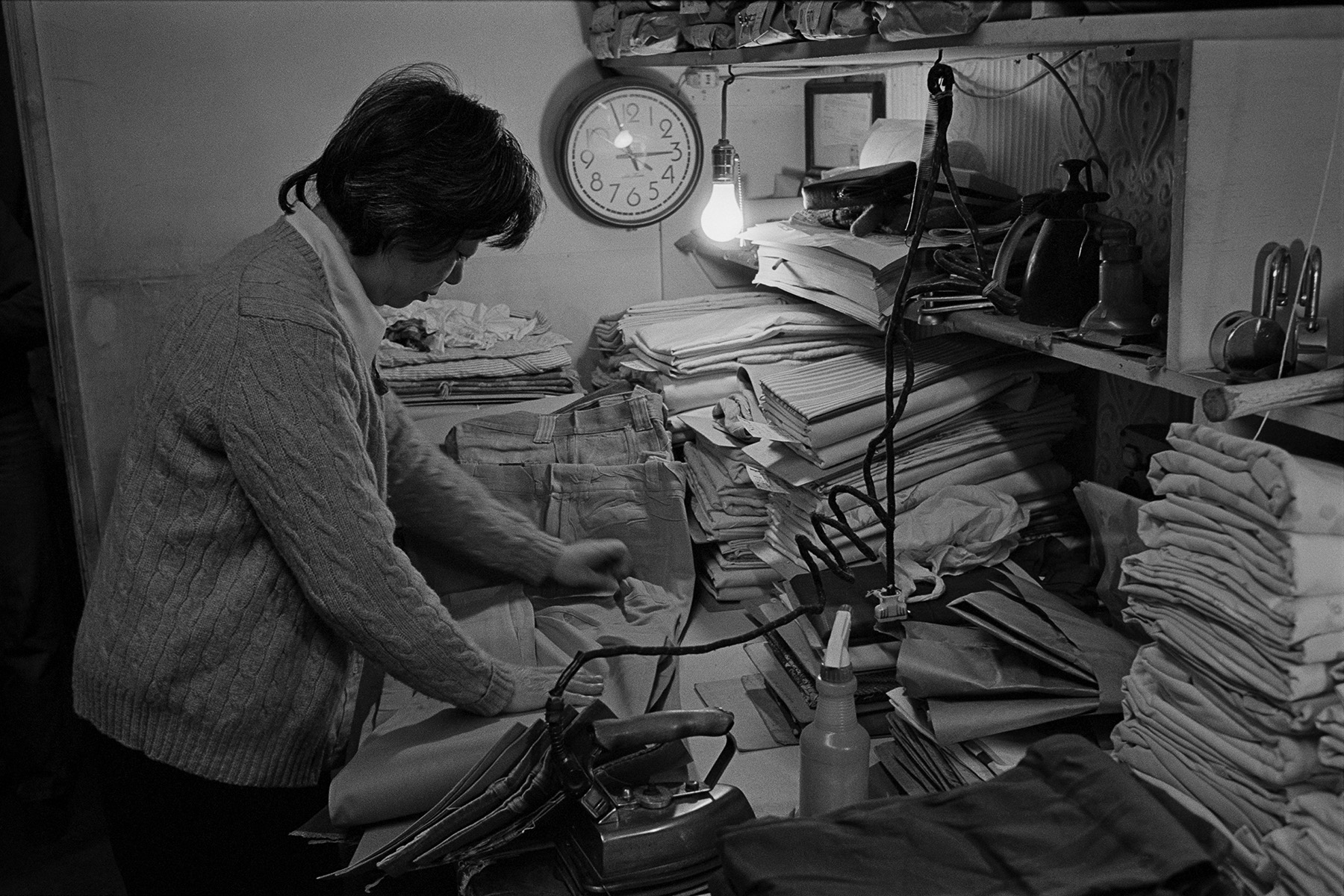 We interviewed Mrs. Chin’s daughter, Lemin Chin, in August 2018. From the interview: "My mother came with my father to the United States. She was very depressed about it. She came from a relatively wealthy family in China, but after WWII Mao Zedong took it all away. When she came to America she was in shock. There was no apartment, no house. The bed was under the ironing board in the laundry, which you can see in the photograph. There was a piece of fabric and mats. That’s where she slept and we napped there as kids. When I was born my parents got an apartment for the first time. She did not want to be seen just as the wife of the laundry owner. It was her laundry too. She is really a tough lady." -Lemin Chin